We are heading off on holidays very soon after Christmas day, so I don't want to pull the boxes out and spend hours decorating, well I really don't have the time to pack them all away get the house and garden ready drop the dogs off and pack, so this year I'm making  Christmas decorations from what I have a round the house then I can put them in the recycle bin.

So , here is my DIY Recyclable Paper Christmas wreath which used items I already had in my home and I consider the cost to be zero! 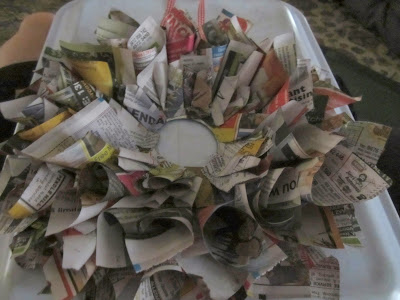 Using a bowl or something round as a guide, draw a circle onto the cardboard and then another ring in the middle, then cut this ‘ring’ of cardboard out.  My wreath was only about 20cm in diameter.


Either using a punch-hole or scissors, put two holes in the cardboard for your string. 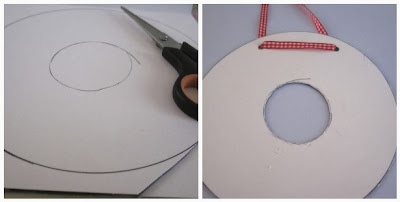 
Now cut up your newspaper or magazine into squares. Ideally the squares should be at least 8cm x 8cm.  I would recommend cutting only one page and figuring out how big the scrolls work out before cutting a pile of pages up! 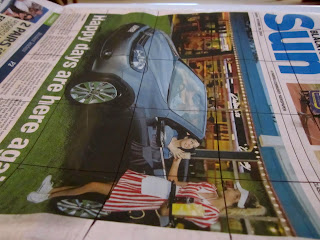 
Now we need to create the scrolls. I found that folding a corner down and then rolling the paper created the easiest scroll to manage. You will want to create a ‘cone’ like effect (note the top end

Step Four
When it comes to making your second row, try to place the new row in the middle of the first rows gaps (to try and minimise the gaps). You’ll notice the new row of scrolls won’t sit flat – that’s a good thing!

Step Five
Now comes the tricky part – you need to staple the scroll to the cardboard. Starting from the outer edge of the wreath, I recommend flattening the bottom end of the scroll first then getting the stapler in there.

Step Six
When it comes to the final row in the center of the ring, you will need to make different scrolls. Roll the paper square from corner to corner (so you’re still creating that nice ‘pointy’ end) and then fold in two – ideally folding it off centre so one scroll sits higher than the other scroll.


Step Seven
Now staple these folded scrolls into the center, aligning them neatly with the edge of the cardboard (ideally you don’t want any cardboard showing). You’ll also be ideally covering up all the other scroll ends so place each center scroll right next to each other so it completely covers all gaps. 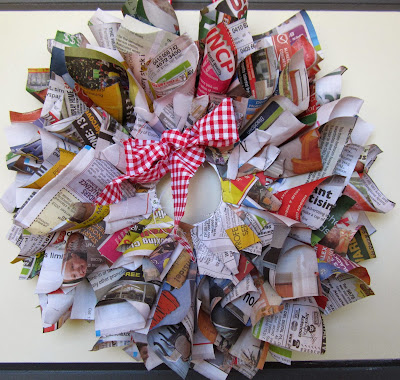 Step Eight
Then you should finish with a beautiful wreath! It’s quite amazing how beautiful something so simple can look! Especially something made out of newspaper and cardboard! Oh and I added a bow from a scrap of material.

Thank you for taking the time to leave a comment, I always enjoy reading what you have to say.

greenthumb
Wonderful you found my blog! I live in Sydney have a beautiful son and a fantastic husband. I love to bake and cook, be outside pottering in the garden, travelling, or on the beach with my family.

All images and content are my property unless otherwise noted, and may not be used without written permission. Thank you.

Blog I love to read 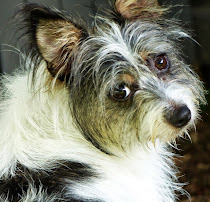 A dog is the only thing on earth that loves you more than he loves himself. ~ Josh Billings 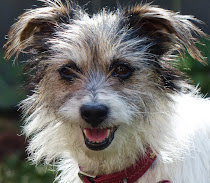 If I was granted one wish... I would which that my best friend could live forever.~JF 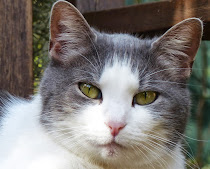 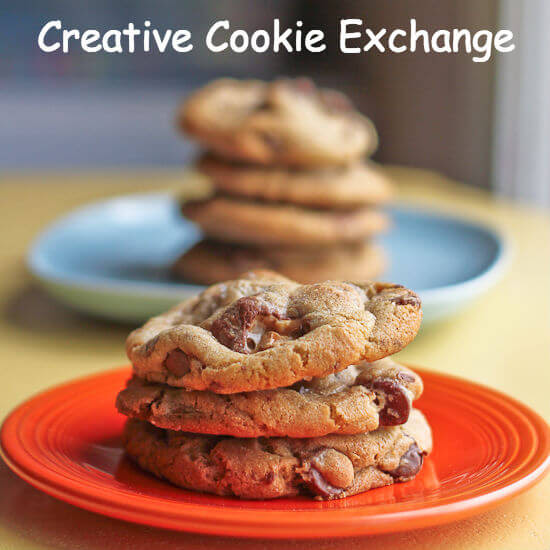 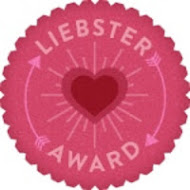 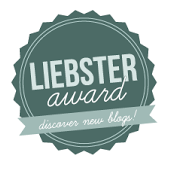 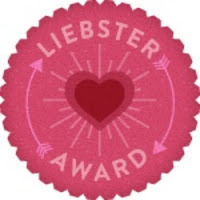